After Holly was kidnapped, her friends thought she had died in the passes of the High Alps – until Carter hears her voice again.

But when Holly is found, lying paralyzed beneath the snow, it isn’t her rescuers who find her first. It’s the Evil One who plans to use her for his own dark purposes.

Carter is wracked with guilt for leaving his friend behind. Now he’s determined to save her soul by bringing her body home at any cost. He recruits the help of shape-shifting Snow Bears, Naz and Vin. But they find more than they could ever imagine when Carter hears his friend’s voice in his mind, begging him to rescue her from the greatest evil their world has ever known.

Carter, Vin, and Naz will do everything in their power to save Holly from the influence of darkness – but will they find her before it’s too late?

From Best Selling author of the Shifters Alliance, comes the tale of a world shattering fight for Holly’s soul.

“The magnificent scenery and vivid descriptions held me spellbound. A wonderful sequel full of rich detail that will capture your attentIon and your heart.”
“It's a world of magic and mayhem, armies and battles, good and evil.”
“Gripping story line combined with beautiful writing.”
“...an exciting, emotional, and at times humorous journey”
“...one of the best books anyone could ask for. If you like a heartfelt and action packed story in an intriguing world filled with the most wondrous characters, then this is it. ”
“...vivid descriptions make you feel as if you are right there”

Books in this series 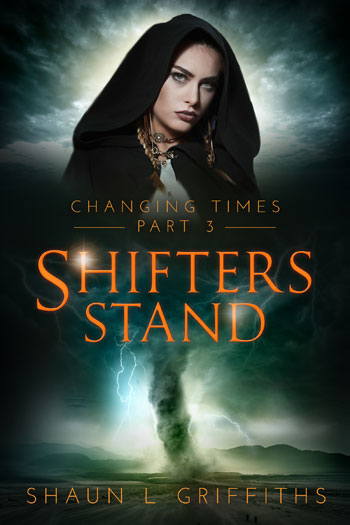